Do you ever fear your own dream?

Fear that it will never come true?

Fear that some one will scream at you and mark you as mad person?

After see the ads of “Man of La Mancha” or the original named “Don Quixote”;

Even I knew that something never been succeed, but even ourselves try to limit our potential, then who will unleash it?

There are two kind of books for this one is translated from “Don Quixote”; and another is a play named “Man of La Mancha” choose what you think it may suit your greed.

I love these two pics; hope you like them too. 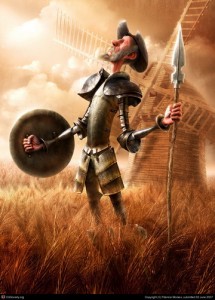 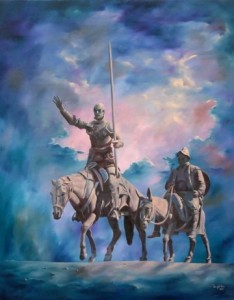 and this from here

Quote on this books

“A proverb is a short sentence based on long experience.“

“Diligence is the mother of good fortune, and idleness, its opposite, never brought a man to the goal of any of his best wishes.”

“He who loses wealth loses much; he who loses a friend loses more; but he that loses his courage loses all.”

“The most difficult character in comedy is that of a fool, and he must be no simpleton who plays the part.”