to tell the true; I listened only 2 songs from them.

one is “kiss me” and another is this. 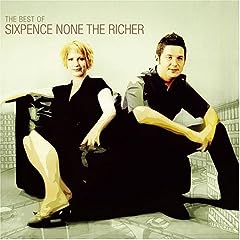 Now I’m towing my car, there’s a hole in the roof
My possessions are causing me suspicion but there’s no proof
In the paper today tales of war and of waste
But you turn right over to the T.V. page